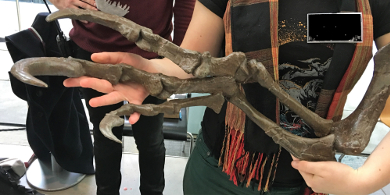 The terrifying talons you see here belong to Australovenator wintonensis. It was not a loving beast, despite its name. The Latin name actually means: australo=southern; venator=hunter; wintonensis=from Winton in Queensland. That makes sense, looking at those claws.

Australovenator was an ornithopod, which means it had feet like a bird. But it was 2 metres high and 5 metres long - bigger and more vicious than any emu you've ever seen. You can see an artist's sketch of how the whole animal might have looked here. 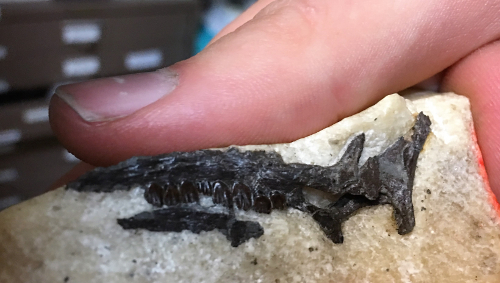 Leaellynasaura scratched around in the forests of southern Victoria. She or he was a teensy, chicken-sized dinosaur. Leaellynasaura was also an ornithopod. They lived in the Cretaceous era, about 110 million years ago (give or take a rather large few million years.) At that time Australia was a long way downunder, within the Antarctic circle.

The picture on the left is the first piece of leaellynasaura discovered by scientists. From this jawbone leaellynasaura was identified and named in 1989. The tiny teeth are like black sesame seeds, with little ridges on them, for biting pine needles and ferns. This fossil is kept very safe inside Museum Victoria. It's not on public display, but I am allowed to share it with you here! The photo was taken with permission of the Museum.

You can find out more leaellynasaura on this museum website. 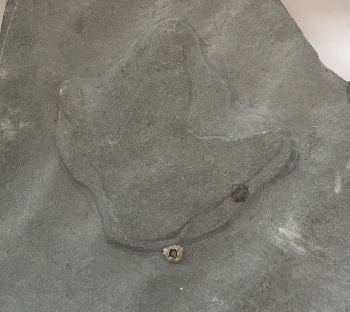