The true story of a teenage girl who became Empress of China, and the last dangerous days of her dynasty. 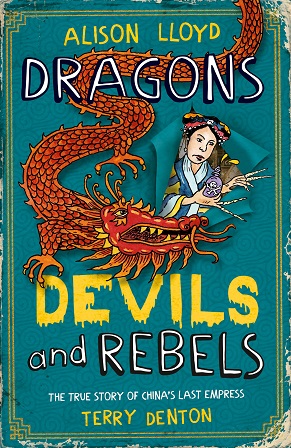 dragons - Emperors who had run China for two thousand years

Dragons, Devils and Rebels is the latest book by Australian children's author Alison Lloyd. It's illustrated by the fabulous and funny Terry Denton.

If you like Dragons, Devils and Rebels, tell Alison. She likes to hear what readers think. You might also enjoy Wicked Warriors and Evil Emperors, the true story of China's first Emperor.

If you are interested in where this book's information came from, a list of sources is available here.