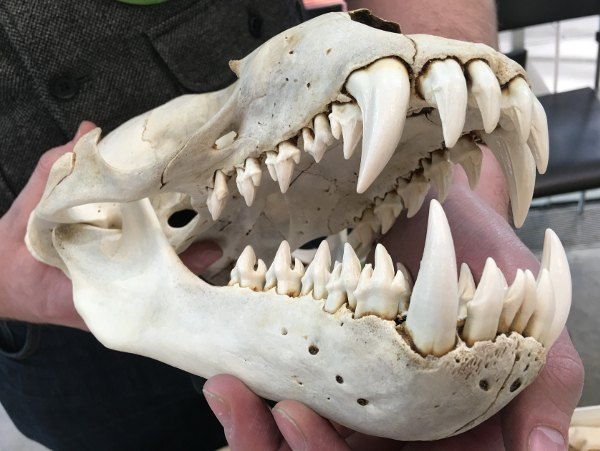 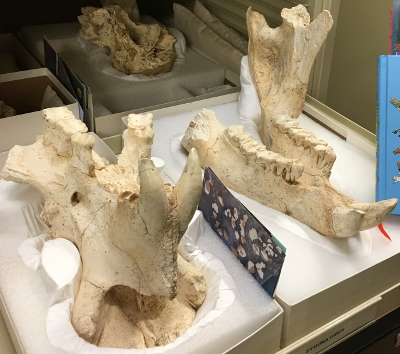 Marsupials are animals that carry their young in a pouch - think kangaroos, wombats and Tasmanian devils. But not always that small or cute. The diprotodon was the largest marsupial that ever lived in Australia. It weighed as much as a truck. The skull you can see here is about 50 cm long - several times the size of yours. The top of the skull is missing, and you can see there is a big cavity, or empty space inside it. Scientists think the diprotodon's skull was only as big as an orange, and the rest of its head was perhaps empty space. In other words, it was an airhead, literally. The diprotodon needed big jaws and big muscles for chomping through a lot of leaves, but empty space is lighter and easier to carry than brains! 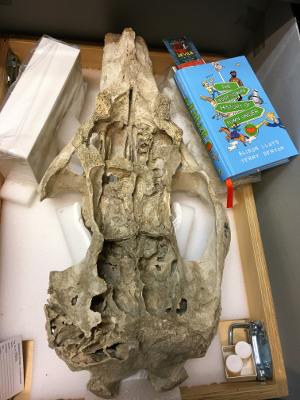 This zygomaturus skull was found by the beach in Victoria. The big, bulbous head belonged to an animal about the size of a station wagon. Australia was much wetter in zygomaturus' time, so it like to wander about in bogs and billabongs, chomping on long grass and reeds. How do scientists know that? The marks on its teeth show us what it ate. Grass actually has sharp edges of silicon, the mineral found in rocks and glass. They really are blades of grass. And they leave cut marks on the fossil teeth. 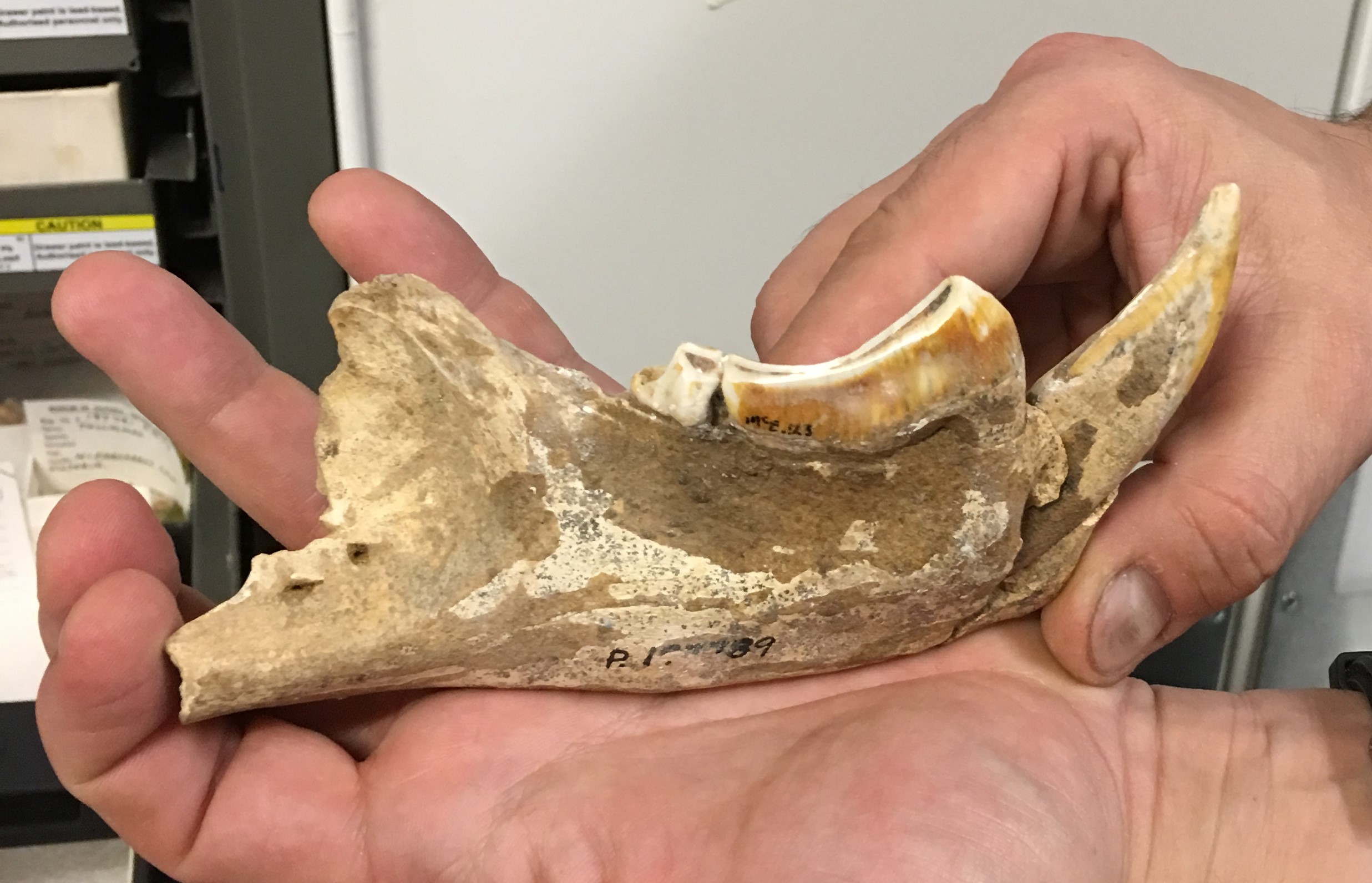 The jaw above is from a thylacoleo, a marsupial lion. See its amazing long rear tooth, like the blade on a guillotine. As Museum Victoria scientist Dr Tim Ziegler says, 'This animal had no trouble getting a feed!' Thylacoleo died out tens of thousands of years ago. But they were possibly here when the First Australians (people, that is) arrived.

The snarly set of teeth in the very top photo belong to an animal that was still around in Tasmania when Europeans arrived. Not for long though. The thylacine is now extinct... we think.