In memory of Ursula Le Guin 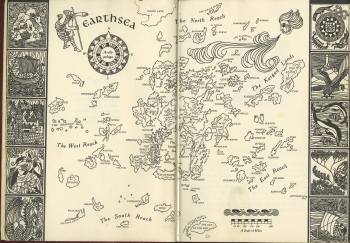 When I think about Ursula Le Guin's writing, I remember a powerful and palpable presence of death. And her magnificent, wild, mysterious worlds. As a young reader,I loved the maps at the beginning of the Earthsea books. (This one is taken from the Harvard Map Collection online: https://twitter.com/HarvardMapColl). Her stories are at least partly about boundaries, and transgression. When there is transgression, dark and evil break in, established certainties collapse, the world is irreversibly cleft. Characters are scarred. They travel with the loneliness of terrible consequences, wearing it like a black cloak. They sail the straits between conflicting forces to the horizon where life becomes death, and the world ends.  A great writer.

Read more...
Published in Thoughts on books
14 comments
Subscribe to this RSS feed 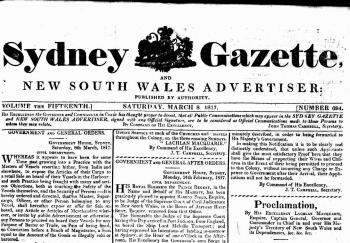 No, Australia's oldest organisation isn't a newspaper. But in the Gazette issue that's pictured here, there's a longish announcement, of a Society that's made history.

Two hundred years ago this week, Governor Macquarie presided over a meeting in the Sydney Court - 'highly to the gratification of a large assemblage of Officers, Gentlemen and private Individuals'. (Love the Regency era language with its rather formal capitalisation. The upper echelons of colonial society are literally encapsulated in that phrase...) It was the first meeting of a new auxiliary Bible Society, now Australia's oldest surviving organisation.

Authors like to say that books are food for the mind. So I was thinking, if my favourite books were actually food, what food would they be? One rule: they can't all be chocolate, even if they are more-ish and addictive, and some pages do have the occasional melty smudge on them...

If Dickens were food 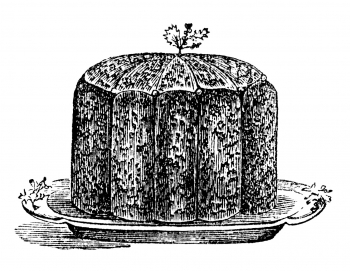 Here's my first one: if Charles Dickens' books were food, they would be Christmas pudding. Not because there's a famous pudding-eating scene in A Christmas Carol. But because his writing is substantial, rich, well-preserved, quintessentially English and all-round Victorian. And with a good measure of nutty character.

Read more...
Published in If this book were food...
Be the first to comment!
Subscribe to this RSS feed

Devils on the Loose 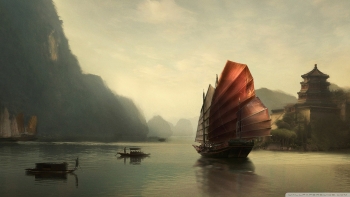 In my latest book, Dragons, Devils and Rebels, there's a chapter on what Chinese and westerners thought of each other in the early days of contact. The book's finished, but I've since been reading a biography of an Englishman who lived in Shanghai in the mid 1850's. To his shock, when he first arrived Shanghai had been overrun by rebels, and was under siege from imperial troops. Still, he was an intrepid traveller. One day he went on 'an interesting excursion' to Wusong, by boat down the Huangpu. He and his companions sailed into trouble on the way home.